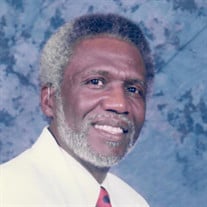 Billy Ray Hardeman Sr. was born on January 28, 1949. His parents were the late Curlee and Clareace Hardeman. Billy accepted Jesus Christ at Gilgal Missionary Baptist Church in Gilmer, Texas. He attended Piedmont Elementary School, Valley View High School and graduated from East Mountain High School in May 1967. He was a 1971 graduate of Prairie View A&M University. Billy worked for the City of Longview, Texas for numerous years in the maintenance department and later went into car detailing which he enjoyed. Billy’s life was his family. He loved his children and grandchildren with a fierce, deep and protective love. Anyone who knew Billy knew he was a small man in statue with a big heart for his family and friends. Billy’s hobbies were socializing and cooking. Billy was preceded in death by his parents Curlee and Clareace Hardeman; his brother, Edward and his son, Avery. Those left to cherish his memories are his son, Billy Ray Hardeman, Jr. of Longview, Texas; daughter, Jacquinda Yinessa Smith (Gary) of Longview, Texas; daughter, Tamisha Ferrell Hardeman of Dallas, Texas; three grandchildren; brother, Johnny Lee Hardeman, Sr. (Barbara) of Beaumont, Texas; and a host of nieces, nephews, cousins, other relatives and many special friends. Services will be held at 11:00 A.M. on Saturday, September 8, 2018 in the Chapel of McWhorter Funeral Home with Rev. David Venters officiating. Interment will follow at Community Cemetery.

The family of Mr. Billy Ray Hardeman Sr. created this Life Tributes page to make it easy to share your memories.

Send flowers to the Hardeman family.