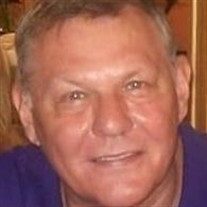 Celebration of Life for Jerry Lynn "PopPop" Harris, 67, of Gilmer will be held 2 P.M. Monday, February 29, 2016 with Bro. Randal Hodges officiating at the chapel of McWhorter Funeral Home. The family will receive friends one hour prior to the... View Obituary & Service Information

The family of Mr. Jerry Lynn "PopPop" Harris created this Life Tributes page to make it easy to share your memories.

Celebration of Life for Jerry Lynn &quot;PopPop&quot; Harris, 67, of Gilmer...

Send flowers to the Harris family.