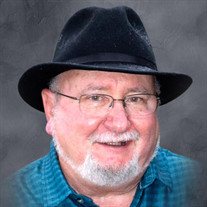 Memorial services for William Darwin Rigsby, 75, of Gilmer, Texas are scheduled for 10:00 am, Saturday, August 7, 2021, at The Church at West Mountain with Bro. Eric Trimble officiating. Arrangements are under the direction of McWhorter Funeral Home. William Darwin Rigsby was born March 25, 1946, in Texas City, TX. The Lord took him home on August 1, 2021. He was born to William Henry Rigsby and Katie Irene Mathison Rigsby. He was raised in a Christian home, surrounded by his three older sisters, Kathy, Billie Sue and Rita and his younger brother, Ricky who all referred to him as Darwin. He was saved during his early teen years and graduated from Clear Creek High School in League City, TX in 1964. He earned a Bachelor of Arts in Sociology/Religion from East Texas Baptist University in 1973, where he also earned the nickname “Bill”. Later in life, Bill obtained a Masters of Education, with a specialization in Christian School Administration from Oral Roberts University. In August of 1972, he met Joanna Boynton and they married December 22, 1973 in New Diana, TX. They enjoyed forty-seven years of marriage. He is survived by his wife, Joanna; children, Shannon Rigsby, Jason Rigsby and wife, Jennifer, Katie Rigsby, Katryna Ramirez, Rebekah Hodges and husband Sam, and Leanna Butler and husband Derrick. Grandchildren Reilly Rigsby, Veronica Rigsby, Silas Hodges, Abigail Hodges, Johanna Hodges, Aiden Butler, and was “Uncle Dee” to several nieces and nephews. He was preceded in death by his father and mother; his sister, Rita; and by his daughter, Shay Lynne. From 1977 until 2010, Bill worked primarily in Christian education in various schools throughout Arkansas, Louisiana, New York and Texas. Throughout the years he served as a teacher, coach, and in school administration. Later in his career, he worked to revitalize struggling schools or establish new schools. Prior to retiring in 2010, he oversaw the comeback of Crescent City Christian School after the destruction of Hurricane Katrina. Upon retirement, the family relocated to Gilmer, TX. where he spent the last years of his life driving bus 26 for Gilmer Independent School District. Bill was a soul winner as a part of his daily life and ministered to hundreds of families through his years of ministry. He participated in teaching Sunday school class and leading Life Groups as well as participating in mission trips through his church. He loved his children and grandchildren and supported them in their endeavors. He loved God and gave Him all the glory for his salvation and all the blessings God bestowed upon him. In loving memory of William, Darwin, Dee, Bill, Dad, Papa and Old Blue Eyes (one blew this way, one blew that way). Please visit William’s on-line registration book at www.mcwhorterfh.com to leave a memory for the family. The service will be live streamed on The Church at West Mountain Facebook page beginning at 9:40 am, Saturday, August 7, 2021.

Memorial services for William Darwin Rigsby, 75, of Gilmer, Texas are scheduled for 10:00 am, Saturday, August 7, 2021, at The Church at West Mountain with Bro. Eric Trimble officiating. Arrangements are under the direction of McWhorter Funeral... View Obituary & Service Information

The family of William Darwin Rigsby created this Life Tributes page to make it easy to share your memories.

Send flowers to the Rigsby family.